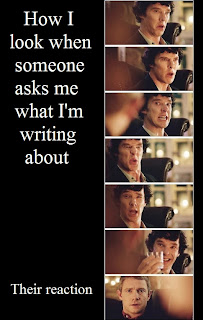 Good grief I have at least four things I'm insecure about in my little writing world these days.

1.  I picked up an intriguing YA science fiction book not long ago and settled in for a happy read, when in the very first chapter my world fell apart. My Super Awesome Science Fiction Idea that is like the Big Thing in my story Star Tripped- yup! - it's already been thought of. And written about. And just released.  I'm finally over the sobbing stage. I'm hoping maybe my idea is different enough that this won't be a problem. Maybe. Very insecure about it, though. Way too insecure to mention which book just rattled my entire writing world.

2. My family is going camping this weekend up in the mountains. Which means no internet. Yay! And no electricity. Yay - wait! Wait! My laptop battery will only last 3 hours. And then what shall I write upon? It's been so long since I used pen and paper. Can I still do it? Yes, it's pathetic, but this insecurity is making me anxious.

3. I bought a new laptop with Windows 8 on it. Yay for new laptop! Boo for Windows 8! It's very disorienting, and thus, it makes me very insecure. When writing time is a precious commodity, the last thing I need is a weird uncomfortable computer experience. I know I should just buckle down and get used to Windows 8, just like I'm trying to make the transition from Microsoft Word to YWriter (free software, yay! Unfamiliar software, scary!) But writing pushes me out of my comfort zone enough; I don't need to have computer and software issues pushing the zone, too (the apps keep switching on me! The trackpad has developed a will of its own!).  So I think I'm going to exchange the laptop for one with Windows 7. Just so you know, Dell will sell brand new computers with Windows 7, you just have to call and specifically ask for it. (Ssssh, the salesperson admitted he didn't like Windows 8, either). (Or you can become an Apple person and avoid this issue entirely. Tempting. Apple users never seem as stressed as Windows users).

4. I had a sudden inexplicable urge to write a story about Bigfoot (also known as Sasquatch), today.  I suppose because I haven't written anything about mythical creatures in a long time, and mythical creatures are my one of *things*, you know. Sasquatch and I have a long history going back to several traumatic and overly-imaginative childhood events (that's another blog post for someday), so this sudden urge is a little scary and mysterious and potentially insecurity-related.

Thank you, Alex Cavanaugh, our founder, and all the other members of Insecure Writer's Support Group. I feel better now that I have all this off my chest.  I think I will go light a few fireworks to celebrate! 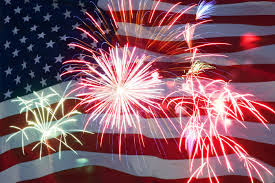 Did I freak you out mentioning Bigfoot? Or Windows 8? Do share.
Posted by Margo Berendsen at 11:17 PM